Kavita Maharaj is a prolific fine artist who has become internationally known for her Spock Painting Series, based upon Star Trek™ – The Original Series (TOS).  For more on this series, see here. Her pieces are officially licensed by CBS as Star Trek™ Collector items and can be found in a variety of countries across the globe (Canada, the US, Australia, Finland, Scotland, England, Ireland, Germany, Austria, Belgium, Puerto Rico, Costa Rica, and Trinidad and Tobago… to name a few).

Kavita works primarily in the medium of acrylic paint on canvass, but remains ever responsive to the evolving expression of each piece. To this end, she frequently incorporates a variety of mediums such as graphite, watercolour pencils, acrylic inks and markers, into her pieces.

“Every piece is an exploration onto itself.  And to that end, each piece demands its own consideration regarding mark-making, medium, and approach.” – Kavita Maharaj

Kavita has a genuine passion for drawing that is immediately evident within her pieces. This passion, supported by her acute ability to observe, forms the basis of her skill in achieving arresting likenesses and expressiveness for her subjects.  Her abilities also act as the springboard for her unique style as she dextrously weaves drawn elements through her images.

Driven by her fascination with geometric pattern, colour theory, philosophy and causation, Kavita’s works are a conversation between artist and viewer that invokes internal contemplation regarding ‘self’ and one’s personal life journey.  A philosopher at heart, depth of meaning and the cultivation of wisdom is an important focus of Kavita’s works.

Her colour-handling is inspired by an acute interest in what she perceives beneath the visually obvious surface of things. As such, viewers are often presented with unexpected gifts upon closer examination of her work.

Kavita has been a producing artist for almost 30 years and has participated in several solo and group art shows along the way. She currently resides on Vancouver Island, British Columbia, Canada, with her husband, Daniel and their dog, Azul.  She has an honours Bachelor’s degree in Fine Art (Bfa) from Queen’s University, Kingston, Ontario, majoring in print making.

About The Spock Series

In 1966, Gene Roddenberry presented a ground-breaking show called Star Trek™ to the world. The show was heavy on philosophy, promoting the concept that we human beings could rise to our higher natures and be truly noble forces for good. Through the show, Gene Roddenberry sought to eliminate barriers between people of differing races, cultures, and belief systems, having very real effect upon his own present day society and beyond.

Drawn in by this philosophy, Kavita has been a life-long Trekkie with particular focus upon the original series (Star Trek™ TOS), and even more specifically upon the character of Spock.

“If we are fortunate, we encounter a mirror of the noblest parts of ourselves. For me, this is Spock, and to no lesser degree, Leonard Nimoy.” ~ Kavita Maharaj

This lifetime of interest in Star Trek™, and Spock specifically, led Kavita to this expanding series of paintings, starting in January, 2017. Through the series, Kavita simultaneously explores Leonard Nimoy’s most beloved character, Spock, the idea of nobility, ‘self’ and stoicism. The pieces are a labour of love and part of a deep and ongoing conversation about what it means to be noble and yet human in the world. They are, in essence, an exploration of the noble ‘Self’.

Kavita’s Spock Paintings and Prints are now officially licensed by CBS and have become Star Trek™ Collector Items. All Archival Prints are Limited Editions and are offered for sale in two sizes (8”x24” and 12”x36”). The original works, on canvass, are themselves 12”x36”.

It is Kavita’s personal wish that these pieces continue to bring joy wherever they are displayed around the globe. With this in mind, she would love to receive photos of them wherever they come to reside. To submit photos of the pieces in their new homes, please Contact Us. 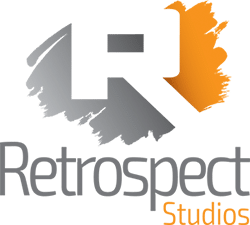 Retrospect Studios and COVID-19: Due to the current global pandemic you may experience a slight delay in the shipping/receipt of your prints. Your orders are a priority to us, and we’ll be continuing to work diligently to get them to you as quickly as possible. We know you’ll love them when they arrive! Dismiss